Mosaic is a consumer segmentation that describes American Consumers.

It is a household-based segmentation system that classifies all U.S. households and neighborhoods in 71 Unique Mosaic types and 12 groupings that share similar demographic and socioeconomic characteristics:

(Young Singles starting out, and some starter families, in diverse urban communities. )

(Diverse, mid- and low-income families in urban apartments and residences. )

From the database, select the 3 lines at the far right (expand the menu).

This expands it to reveal Help.  Select Help to open the descriptions and more information on Mosaic segments. 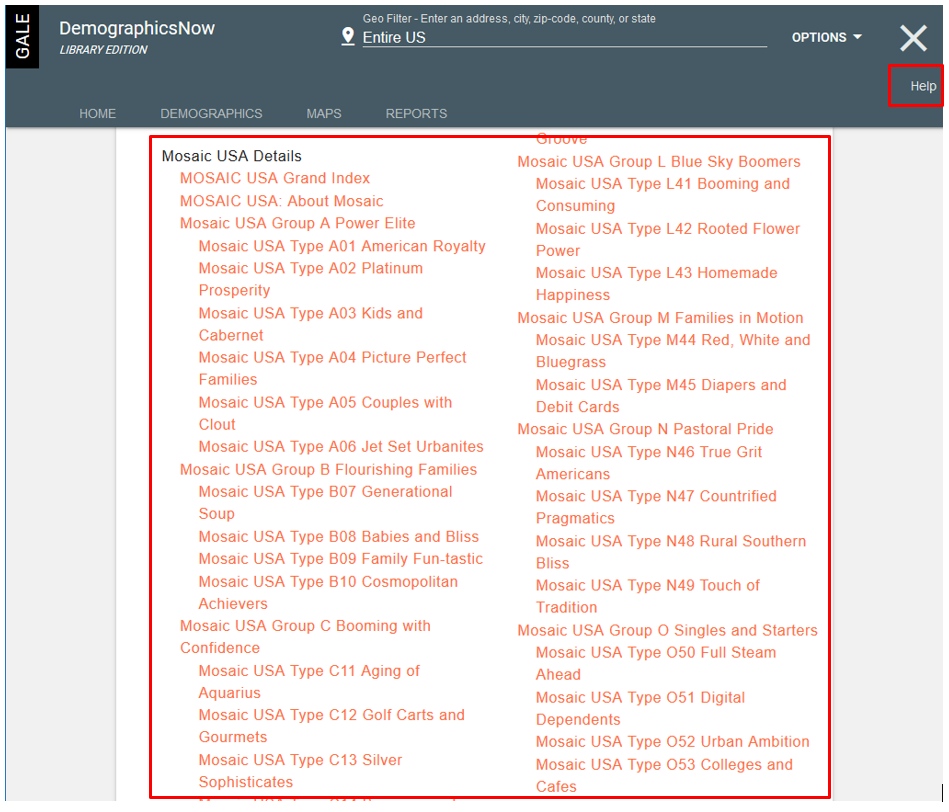 Example: Let's say that you are looking for Mosaic Segmentations for a specific geographic region. For example, El Paso, Texas.

1. In the DemographicsNow homepage, select Start Now from the Looking for Demographics? section. 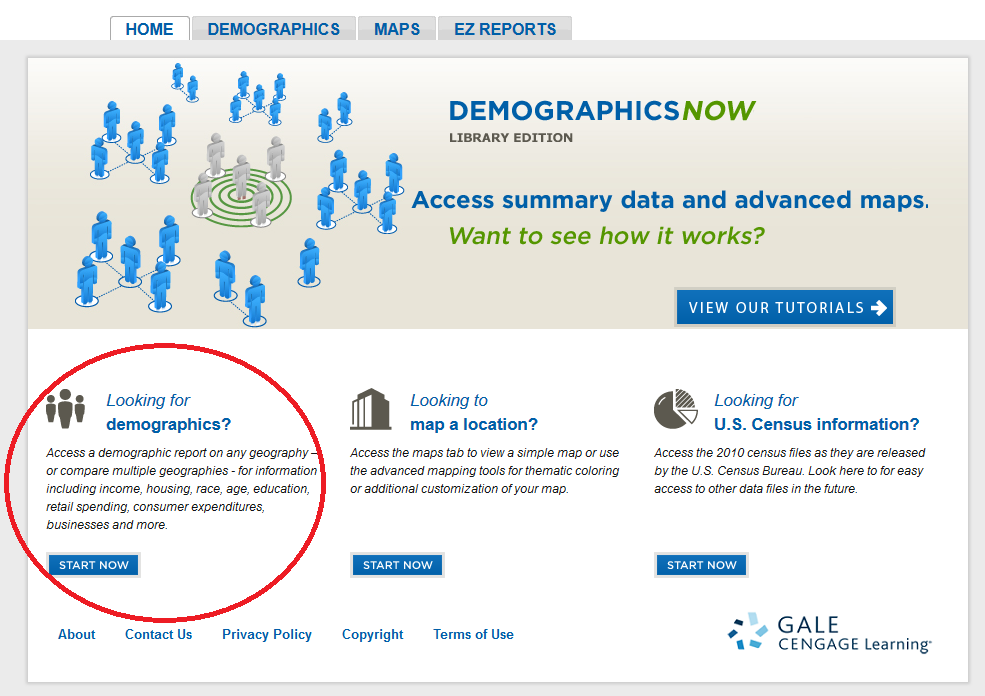 This gives you a snapshot of the entire US population (for the previous year).

2. Type in the geographic area you are searching. 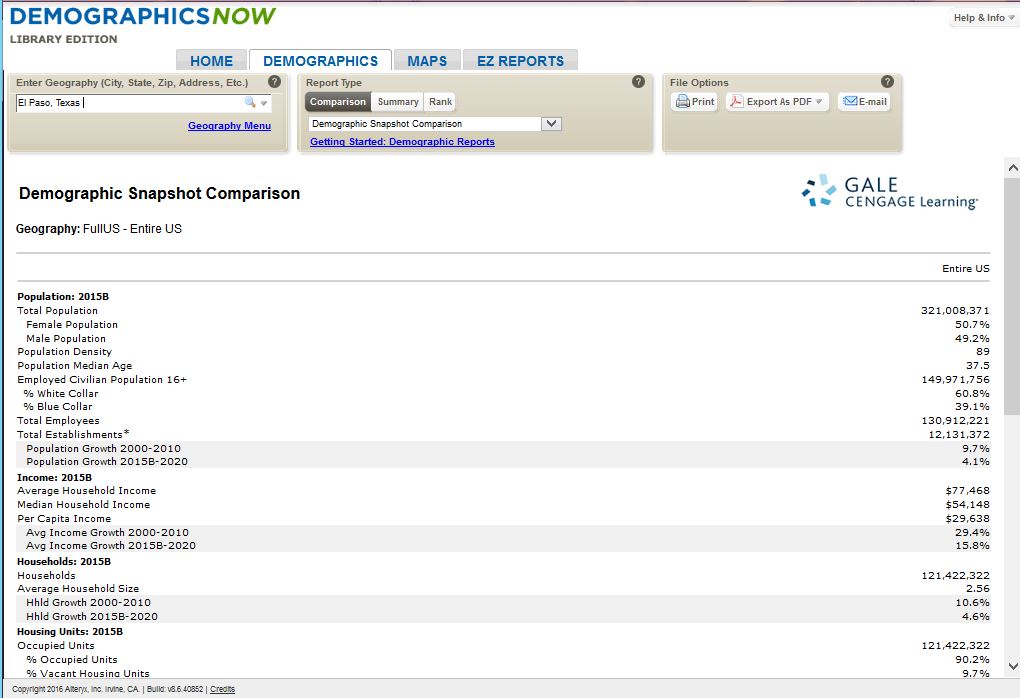 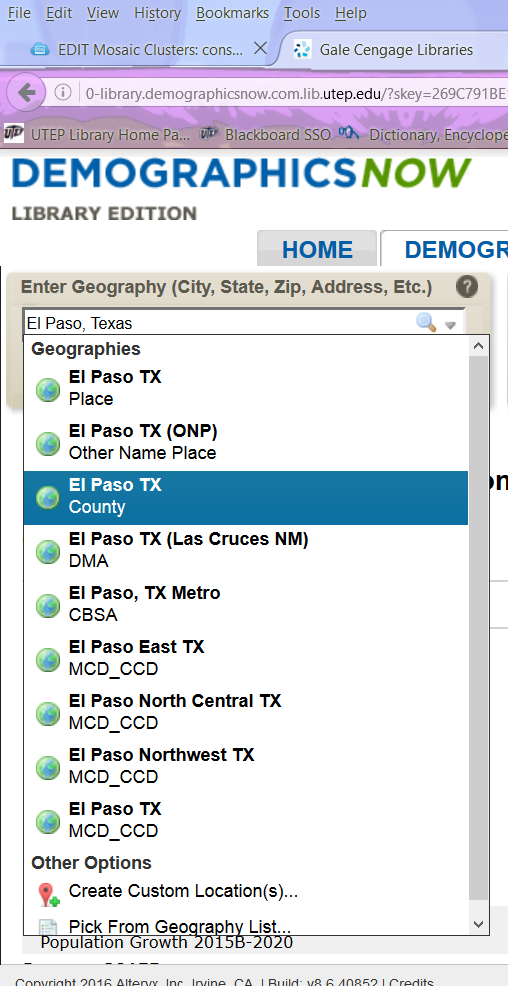 Once you have pulled up the demographic data for the region you are searching, you can break down results by selecting Mosaic Household Comparisons, or Mosaic Population Comparisons from the Comparison dropdown box in the Report Type section. 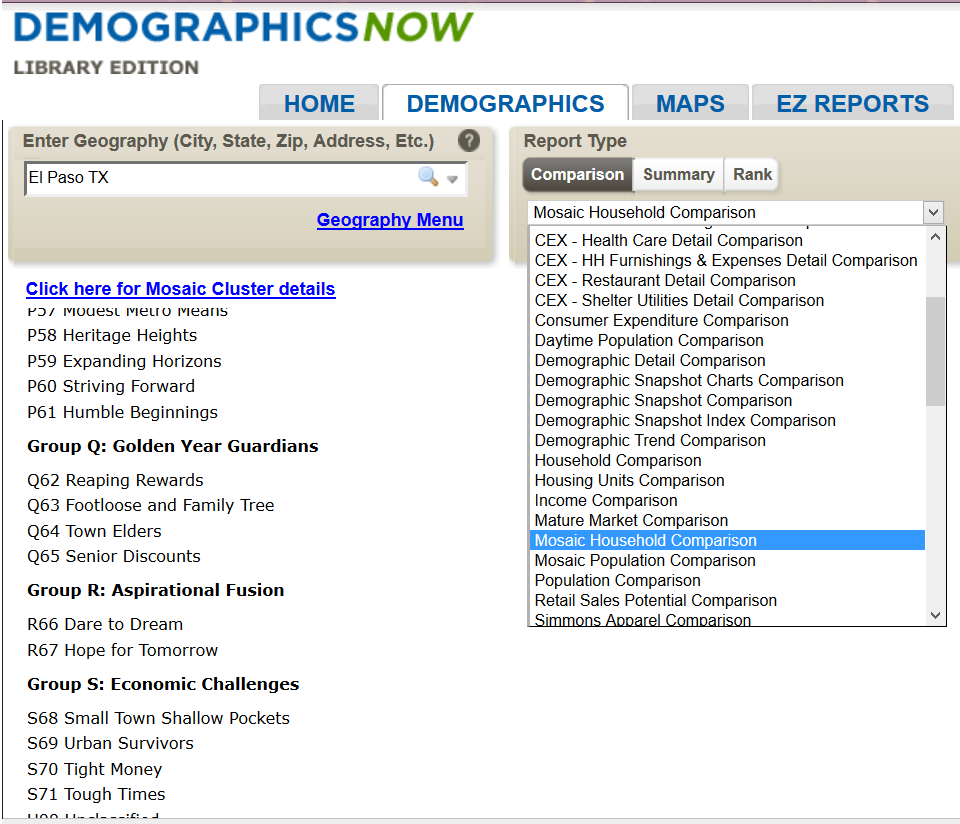 These reports give you the number of households or population count for each MOSAIC cluster, as well the population percentage number. 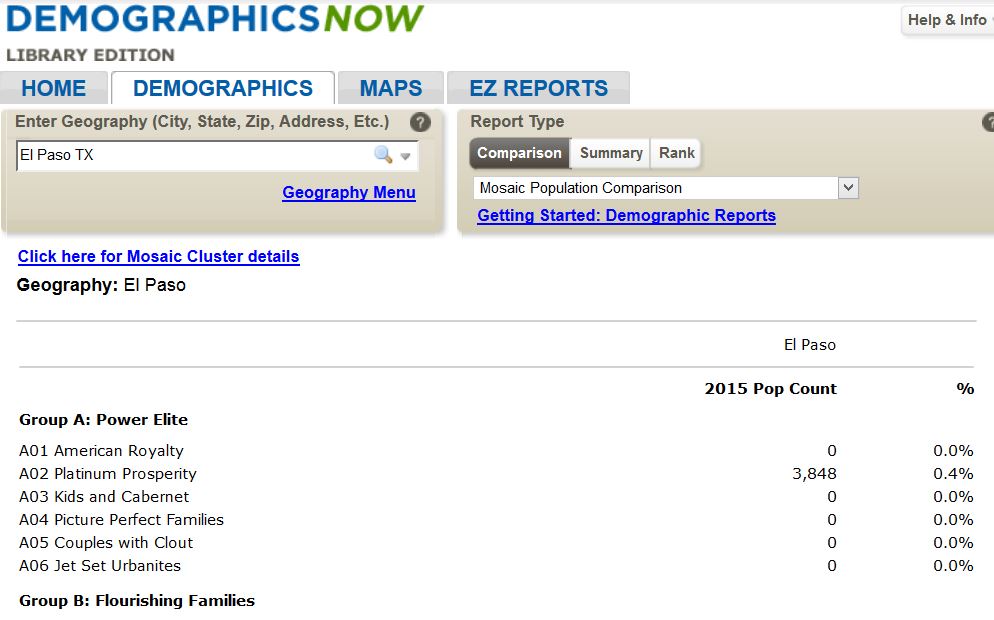